“I had a feeling,” says Keller, in heavily-accented French, “that I’m in the right place.”

But just when I start to feel nervous about the mood he’ll be in if he does arrive, in he strolls, already in his chef’s hat but with the smile and ponytail of man who isn’t bothered by much at all, especially not an opportunity to talk about food. When it comes to questions about where to eat, Hubert Keller is the man to ask. Not only does he know about the world’s best food cities, he helped start one himself, he says, like it’s no big deal, the way the ridiculously successful sometimes do. The city he’s claiming, in this case, is San Francisco.

Today, San Francisco is a Farmer’s Market city. You can find roughly 30 on any given weekend, when it can feel like everyone and their reusable grocery bag is up early on a Saturday morning to gather under rectangular tents and peruse the kohlrabi, buy carrots in four different colors, and consider a head of tessellated broccoli for an Instagram post, then dinner later that night. But when Keller arrived in the city circa 1973, there were zero. No farmers markets, no obscure Instagrammable produce, nothing at all. 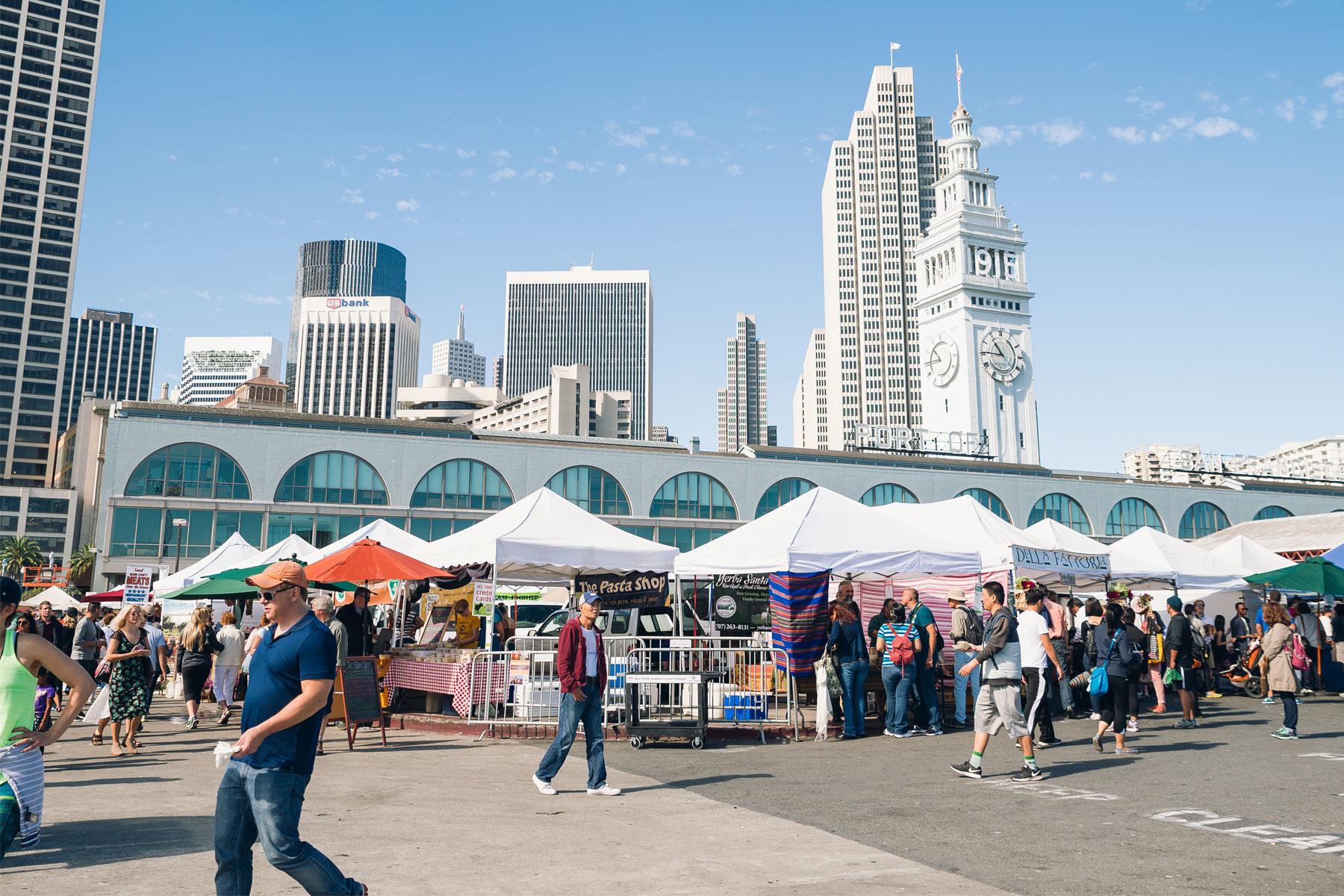 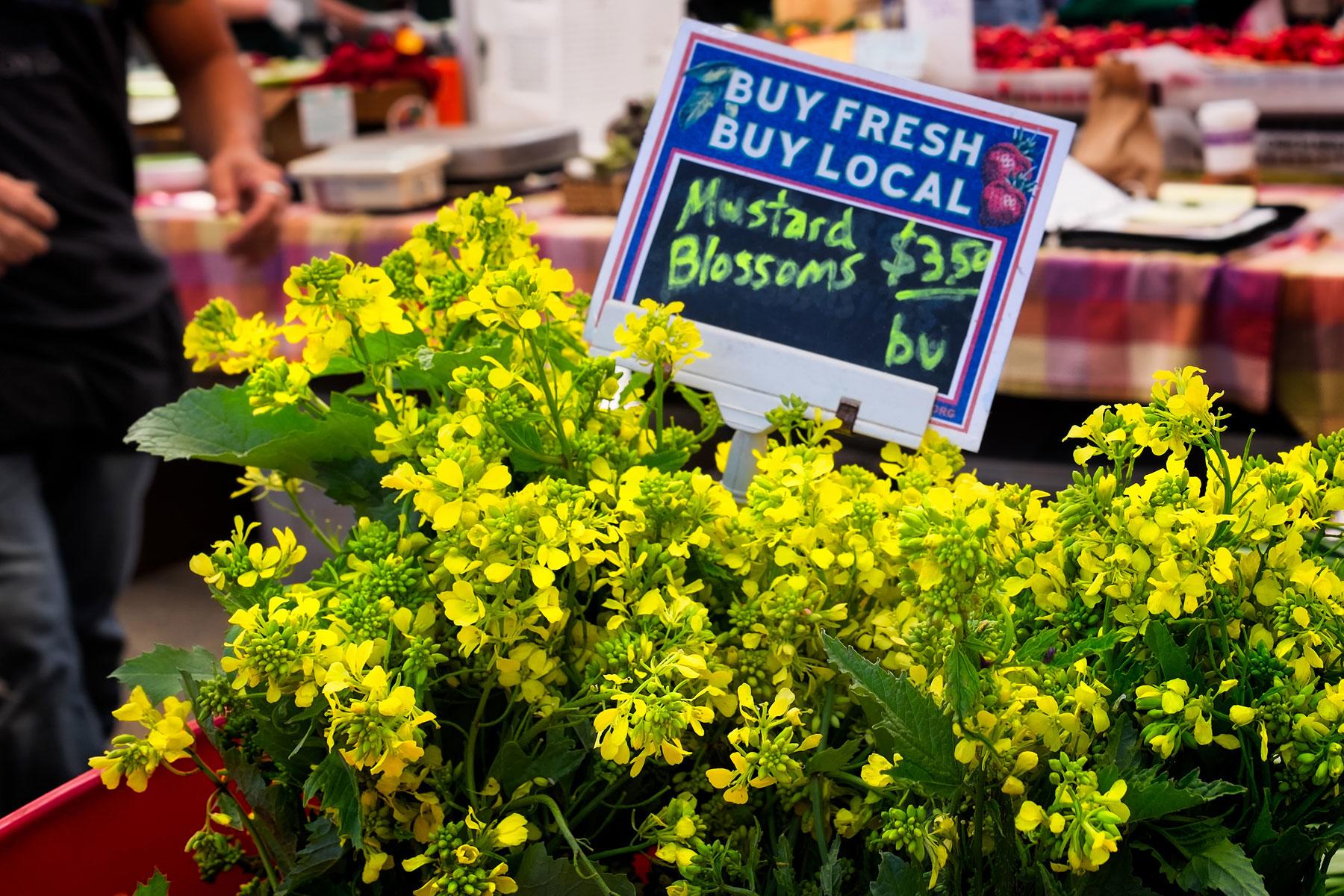 “We couldn’t even get shallots,” remembers Keller, his eyebrows raised at a height to suggest that if I were a French chef, I would be scandalized too.

San Francisco has always been a major city, but back then, it was a food desert–not exactly the place where you’d expect to find a world-class chef. So Keller quit his job opening restaurants around the world, sunk all of his money into a “basically failing” French restaurant, and made the Bay Area his home.

“I had a feeling,” says Keller, in heavily-accented French, “that I’m in the right place.”

That feeling was French Privilege.

“In those days,” says Keller, “French was still the standard.”

And that meant that in America, in the ’80s at least, for a restaurant to be fancy, it almost had to be French. And if you were an actual, talented French chef at the helm of said fancy restaurant, it was hard to go wrong. And so, thanks to French Privilege, Keller’s restaurant Fleur de Lys skirted bankruptcy. And then, thanks to his talent, Keller became one of the world’s first famous celebrity chefs and Fleur became one of the world’s first chef-driven restaurants. And that fame, and the fame of other restaurants that followed, brought the shallots. In regular supply. “Suddenly we saw those farmers knocking on our doors and bringing green beans, and bringing radicchio and bringing shallots… edible flowers, little microgreens,” he says.

“If you asked those chefs if they wanted to go there before, they would have said, ‘hell no’”–but now it’s home to a collection of the world’s best restaurants.

With the Bay Area a hub of talented chefs who played well with new ingredients, farmers began growing the kind of interesting produce that the restaurants required and soon set up stands for everyone else. And soon San Francisco and the West Coast’s steady supply of fresh and varied produce “became a lifestyle,” says Keller. And then, following that success, he followed another feeling, this time to Las Vegas–a formerly less-than-popular destination: “If you asked those chefs if they wanted to go [to Vegas] before, they would have said ‘hell no’”–it’s now home to a collection of the world’s best restaurants. 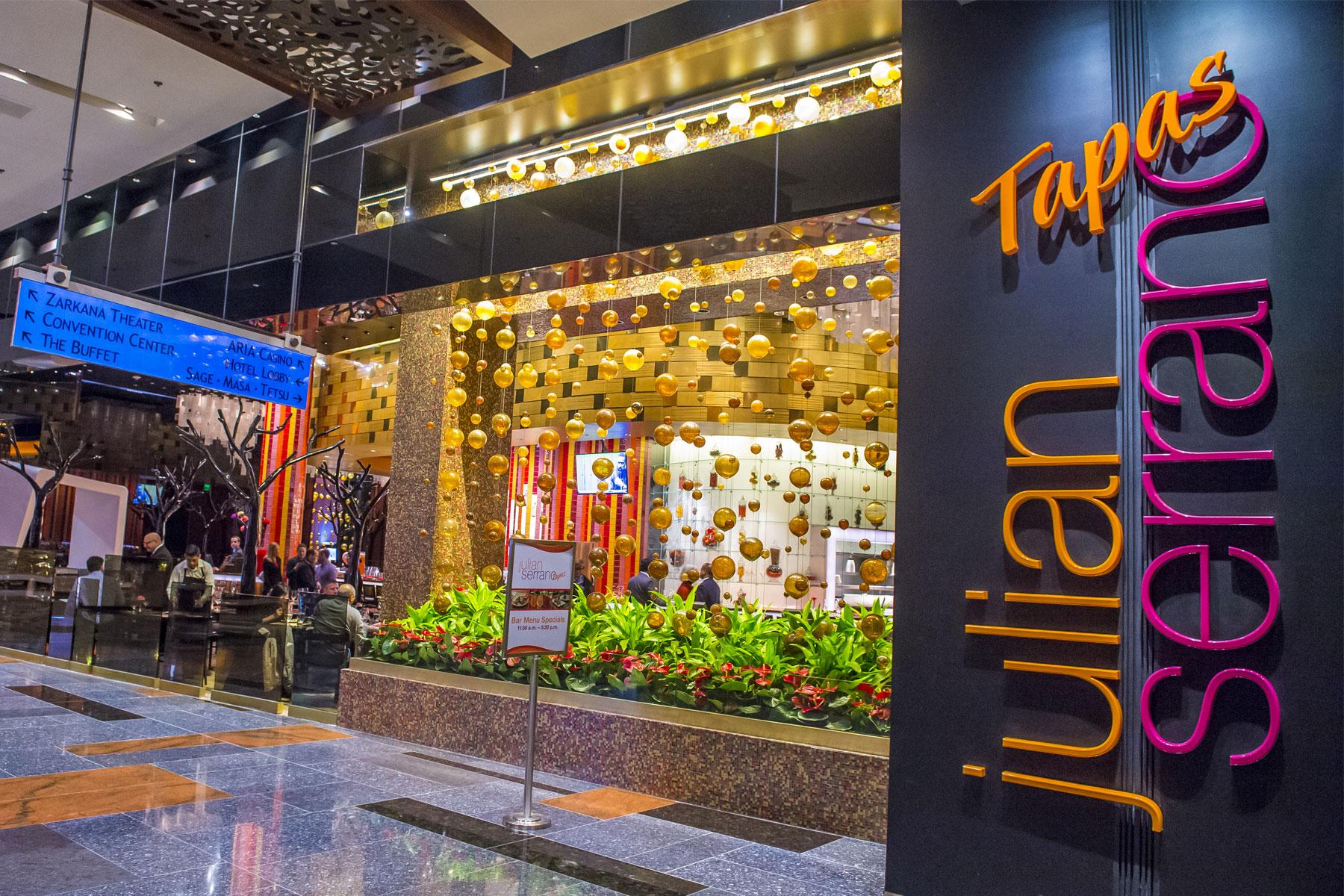 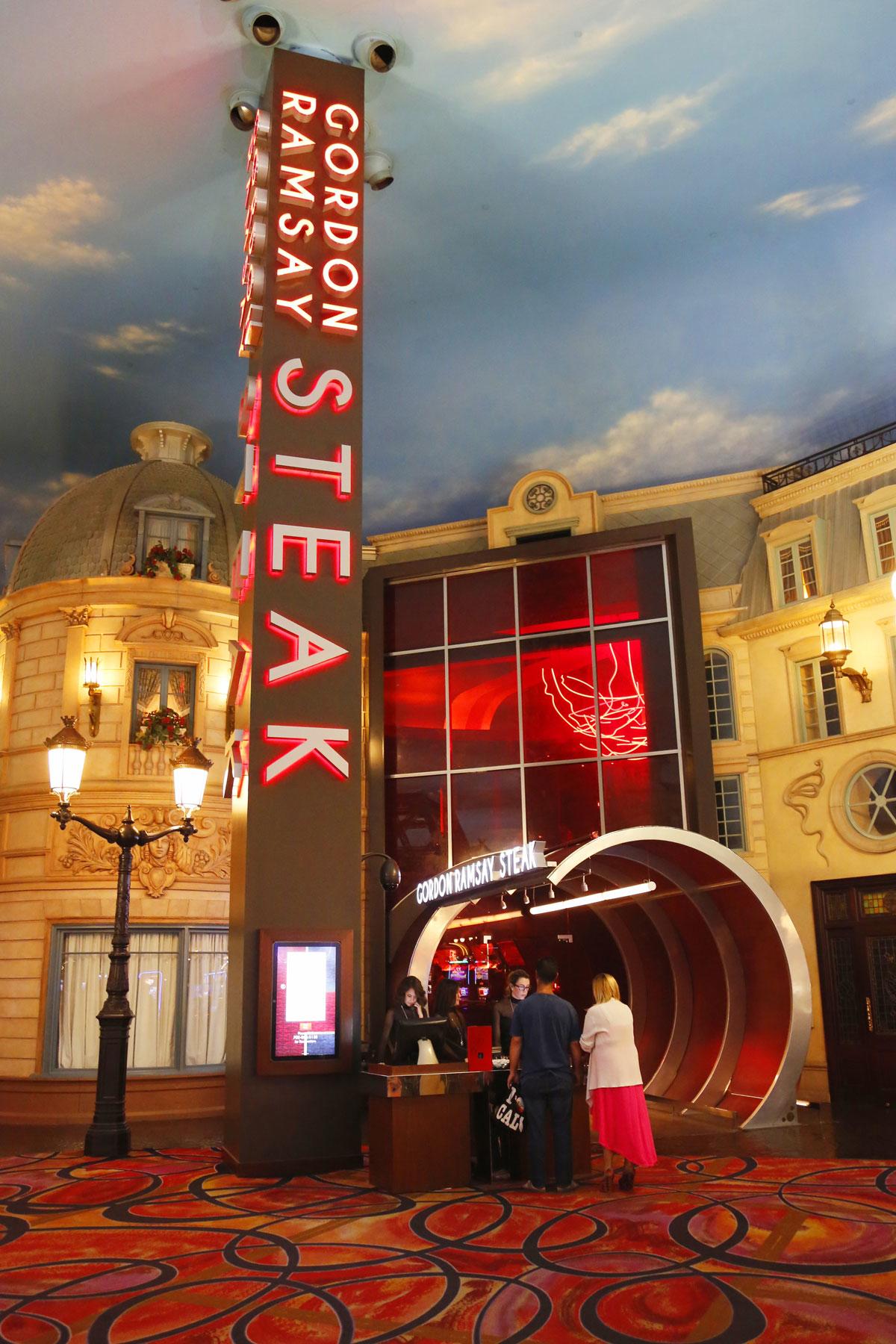 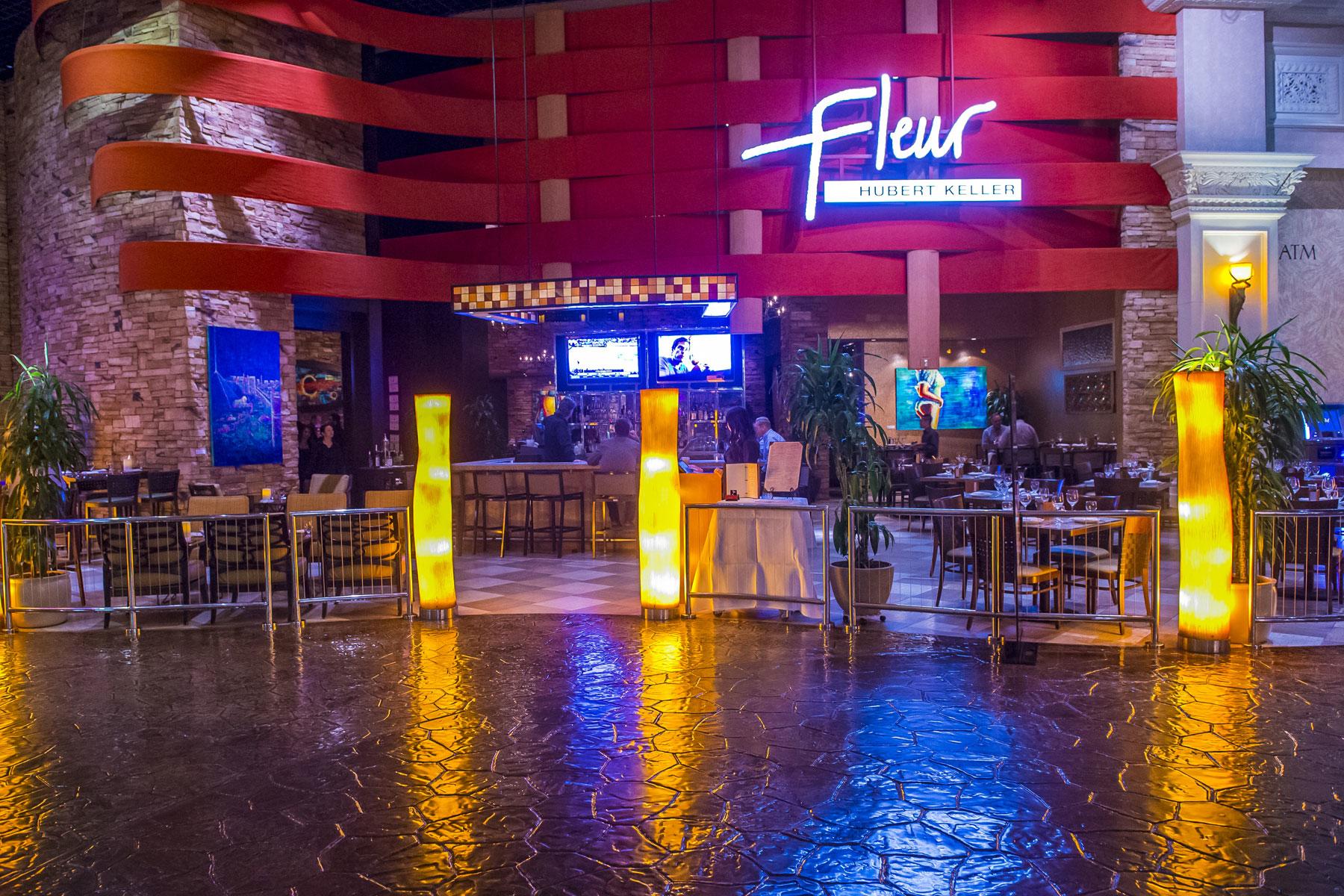 “Any [chef] that does well, they come here,” says Keller, “No matter where they are in the world… You used to have to go on a field trip: Chicago, Atlanta, New York.”

Now, if you go to Las Vegas, the world’s best food comes to you.

Keller brought Fleur there in 2010 and updated the French menu to include not only the classics but also cocktails that bubble over like witch’s cauldrons, Hamachi tacos made with fresh-shaved truffles and huitlacoche, and a chance to spot Keller DJing from the booth.

Almost every meal you can find near the strip has an exclamation point implied: cotton candy foie gras and caviar flights at Bazaar Meat, whole suckling pig eaten under the spray of the Bellagio fountains at Lago, smoked sturgeon with caviar and fennel paired with ten types of absinthe at Sage. At é, your entire meal is constructed in front of you with tweezers. Plus, a long list of as-seen-on-TV chefs and meals—not just Secret of A Chef’s Hubert Keller but Iron Chef Morimoto and Top Chef Tom Colicchio.

Which, is why Keller calls Vegas the “best,” “young” restaurant city in 2018. “Every single new restaurant, I would go to.” And because there are over 2,000 to choose from, you’ll find plenty of opportunities to have your next, greatest meal. If you don’t lose your money at the blackjack tables first.

This Is Officially New England’s Most Romantic Town

Airfare Is Dirt Cheap Right NowBut Is It a Good Idea to Buy Plane Tickets?

Please don't close or refresh the page while we are processing your submission
Please be patient, this could take a few minutes.